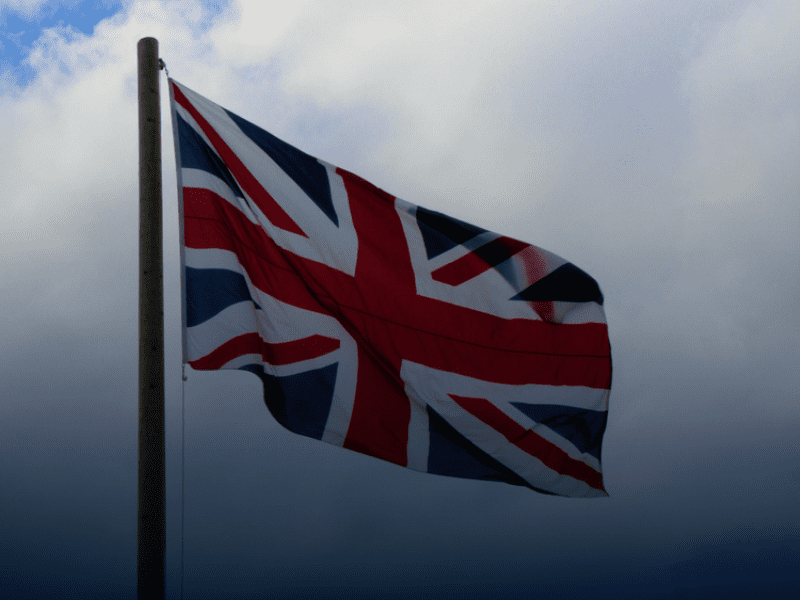 Now that everyone has settled down and some of the fury of people at both extremes of the debate has dissipated somewhat, let’s take time to reflect on what happened, why it happened and whom, if anyone, is to blame.

First the case for Ms.Fulani.

Every person of colour living in the UK will at some time have been asked by someone “Where are you from?”.

If you reply by telling them your home location (in my case Leeds) then the follow up question usually is “Where are you originally from?” or “Where are your descendants from?”.

Her generation was born and raised in a UK that looked radically different than it is today. It was the 1950’s and 1960’s when we saw “coloured” migration from the former colonies – the Caribbean and Asian countries.

That generation of white folk saw a mass of people enter the UK to rebuild the mother country after the Second World War. The change was sudden and too much for many. Far too high a proportion of that generation were bigoted and indeed racist though it is my belief, based on my own experiences, that a majority were really decent people.

Lady Hussey’s generation could remember a time when people who look like me were few and far between. She would have been in her twenties and thirties when the country was almost all white. She was from a highly privileged, aristocratic background which would have looked down on people like me and Ms. Fulani. She would have seen the country change slowly and then suddenly at a fast pace. Lady Hussey is from that generation.

When I was growing up in the 80’s I was often asked these questions by people from Lady Hussey’s generation (she is 28 years older than me).

My generation (I’m 55 and was born in the year that the National Front was formed) was different to that generation because my white British mates were born into a much more racially diverse country than the generation of Lady Hussey who was born in 1939.

I wasn’t asked the “where are you from? question much by my own generation interestingly enough, but we did have a lot of trouble from overtly racist people of my generation. In the 1980’s UK racism was rife and manifest in every aspect of my life but though I grew up on a daily diet of racism I didn’t really think about it much or let it get in my way.

Just to draw you a picture of the times back then, the Jam, the Specials, Blondie and Abba, then later Spandau Ballet, Duran Duran, Wham and George Michael were dominating the charts. The violence at the Miners’ strike between strikers and Police was on the news daily. If the music was great, the fashion was ridiculous.

It was also a time of football hooliganism and rampant racism. I remember going to football matches and 1,000 plus people would be shouting horribly racist chants at the black players, throwing bananas onto the pitch in full view of the Police who just stood and watched.

Racism was normal and blatant in the school yard with the ‘Paki bashing’ that used to occur in schools until the Asians started to organise and fight back. Every day I used to have to pass a wall with huge letters saying “Wogs Go Home”. All the signs were there that we were not British or English even though we were born here.

More subtle racism was used by local newsagents, fish and chip shop owners in the form of rude customer service and even the coaches of your own football teams. It was just accepted back then.

There were also many wonderful white British people who were just decent. They weren’t anti-racist or political, just decent people who stick up for another human beings when we were being attacked. I remember people putting themselves in the fight on our behalf. They were not leftists or liberals – many of them were working class and tough folk themselves. They just couldn’t stand by and watch kids being picked on. When someone asked my where I was from it was usually the generations above rather than people of my own generation. Most of the time they were polite and curious and I took it to mean that at least these folk were trying to engage and wanted to know more about me.

“Where are you from?” was the mildest racial comment anyone said to you back then, though as a child I didn’t know it at the time. It reinforced in my mind was that I wasn’t quite British like others were because I was brown, Asian and had parents who spoke with Asian accents. Interestingly, I was often mocked with an Asian accent even though I had the broadest of Burnley accents.

Back then racial comments and even racial abuse was seen as everyday banter – water off a duck’s back. Though I didn’t like it, I chose to not let it hurt me and so I put up with it. How many battles was I going to fight in a day? It could happen 5-10 times a day. Then some days it didn’t happen at all when the same people doing it were as nice as pie.

So how did I answer the question? – I simply said “I was born in Blackburn, brought up in Burnley and my Mum and Dad were originally from Pakistan”. That was it – job done. Most people who asked the question didn’t ask again and you could move on and develop some good relationships.

However, there was another type of person that on the face of it looked friendly enough when they spoke to you but could never see you as the same as them. My ethnicity was always a topic of conversation. It would always start or end with chat about my ethnicity or skin colour or my race or religion. I had a Chief Inspector in the Police Force that did this regularly. He couldn’t see me as anything else. One day he explained to me that “the problem with immigration is the ones that are here are breeding”. Sometime later he tried to get me into trouble for something I was innocent of. I realised in my mid-twenties that you can tell when people are racist when all they ever go on about is your race – your differences not the things you have in common – the things that make you the same.

All this baggage would no doubt have been in the mind of Miss Fulani when she was asked where she was from. What probably got her goat was the sense of entitlement and class superiority that Lady Hussey may (or may not) have displayed on the day. Some of you may well have been spoken to that way by the very posh people in society and you may have felt the same way.

The case for Lady Hussey

Ms. Fulani was invited to a Royal event within the Royal system with all the trappings that go with it – the good and the bad. It is a system steeped in blue blood, history, pomp, pageantry, power, elitism, superiority, and embedded formalities that are a thousand years old.

She is a Charity CEO. By all accounts her charity does a great job of supporting victims of abuse. She is a shrewd operator. You don’t get invited to these events just because you have done a good job. You have to have known the right people to get invited. So many unsung heroes don’t ever get invited.

She knew what she was getting into by going there. What did she expect? When I was lucky enough to meet the Queen and Prince Philip and Prince Andrew, we were told what to expect and how to behave. It was fine. We knew the rules. We could have chosen not to go if we didn’t want to follow them.

Ms. Fulani, dressed in what has been described as distinctly African dress. She didn’t have to react the way she did. She wore the clothes she did to make a statement about her African heritage and ethnicity. She could have chosen to simply do what many of the rest of us do all the time. Politely answer and move on. It is the “British” thing to do ( as well as to stand in queues). She could have used the opportunity to talk about any nuances about domestic abuse in British African homes.

She was talking to an 83-year-old woman. Many women of her age would have been retired by the age of 60 or 65 with what used to be called ‘Old Age Pensions’. She is 23 years older than those who retired at the age of 60. Surely, we can cut her some slack for that. If our society isn’t tolerant of an 83-year-old person then our society isn’t tolerant.

Ms. Fulani could have answered the question and written a letter of concern or complaint to the Palace but to go so public and to describe it as a “violation”, as “violence” and as” abuse” is to reduce the power of those words. To say that it was an over-statement is an understatement.

Violence is where, back in the day, we used to get called the N-word , C..ns, Curry munchers as you were being chased, “P..ki bashed’ and beaten up by skin-heads and football hooligans. Lady Hussey did not use violence.

I have been asked that question between 10-15 times this year – sometimes by older white Brits but most often by Black and Asian taxi drivers.

If they have a foreign accent or if they are wearing distinctives ethnic clothing I always ask them where they come from. They tell me. I listen and I learn about them and their experiences. If you can get a taxi driver to open up and speak to you, you will get a window on what is really going in the area. They see it all. Silently observing, watching, listening and hearing to the sights and sounds of our towns and cities. To deny myself the opportunity to learn from them is too great a loss.

Can you imagine if what happened to Lady Hussey would have happened to our Mums and Grandmas. Yes, Lady Hussey could have stopped at the second question. Yes, she might have been a bit pushy. Yes, she was from an entitled background but was it necessary to get her embroiled in what become an incident which went international?

That poor woman has been humiliated in front of the world. It was the biggest story in the world for five days – Five days of fury! 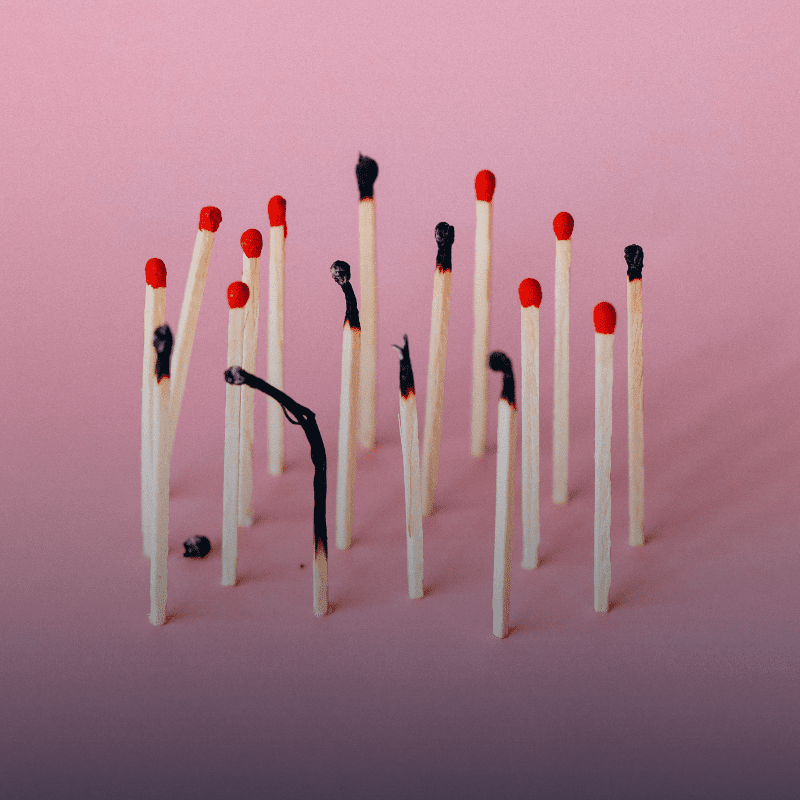 Dealing with Burnout at Work

What is burnout? Burnout is a particular kind of work-related stress. Rather than a medical 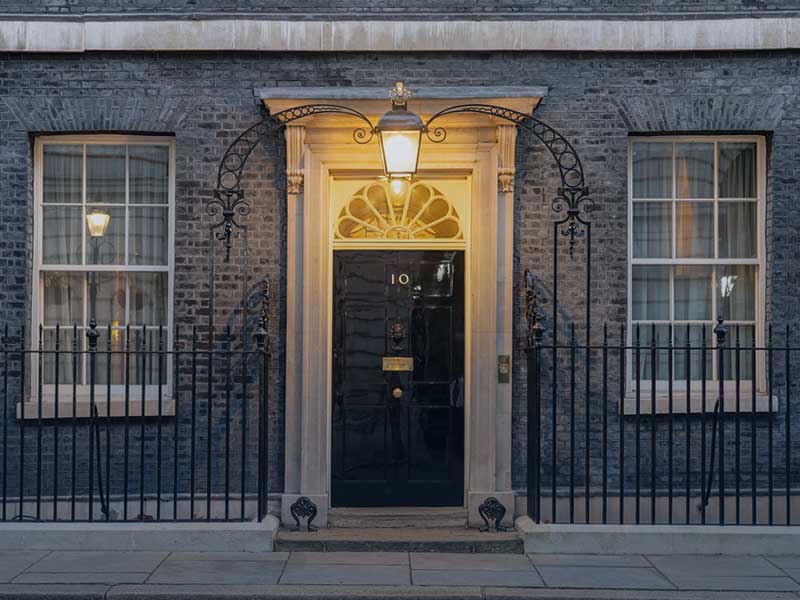 The New Prime Minister Stands On a Glass Cliff

Following his appointment with the King yesterday, Rishi Sunak has become one of the youngest

Making the business case for diversity ...

Take our quick questionnaire to see if your business will benefit from equality and diversity. 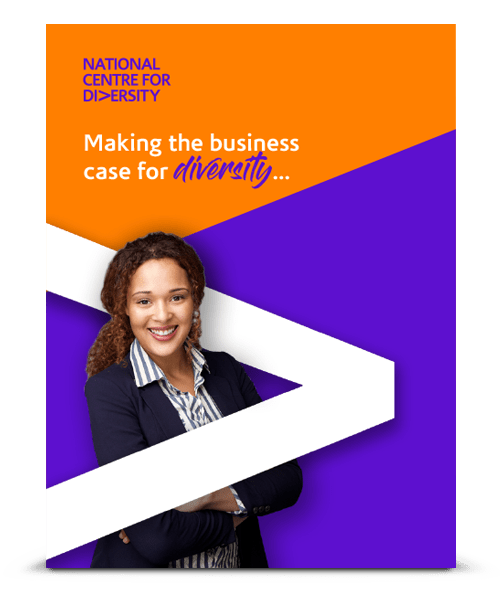